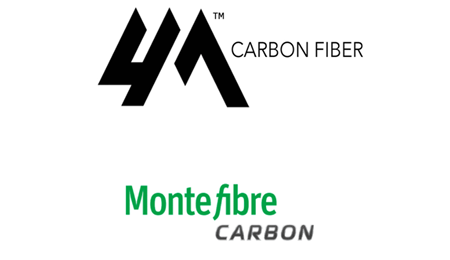 4M Carbon Corp.(Knoxville, Tennessee) and Montefibre Carbon Fiber (Miranda de Ebro, Spain) announced that they were in the process of finalizing a letter of intent to establish a partnership between the two companies, including a joint venture (JV) that may be located in the United States.

4M is currently a fully reported securities and Exchange Commission entity that said it would accelerate the initial public offering of 4M /Montefibre and list in the US.

Montefibre’s ultra large tow technology was developed with the sustained financial support of the Spanish government to reduce the cost of carbon fiber precursors by increasing production.
“The joint venture between 4M and Montefibre solves the biggest problem, which is preventing large-scale use of carbon fiber in industrial applications”.

This will greatly benefits from the strength and lightness of the carbon fiber, “said Garro Artinian, a 4M board member and chief consultant.

“The joint venture will make a significant contribution to the competitiveness of U.S. industry and its global leadership in the field,” said Alfonso cirera, President of montefibre carbon.

In addition, 4M said it would continue to implement its acquisition strategy, i.e. acquisition of downstream carbon fiber conversion companies to build corporate and shareholder value.

Montefibre will continue to increase its carbon precursor production capacity with the support of the Spanish government.